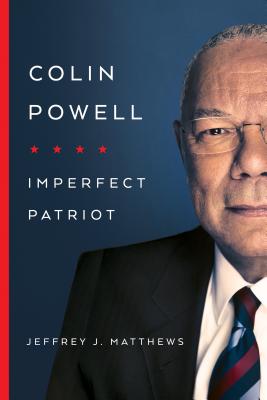 This fascinating biography of the late Colin Powell brings to light his towering achievements and errors in judgment during a lifetime devoted to public service.

Until he passed away in 2021, Colin Powell was revered as one of America's most trusted and admired leaders. This biography demonstrates that Powell's decades-long development as an exemplary subordinate is crucial to understanding his astonishing rise from a working-class immigrant neighborhood to the highest echelons of military and political power, including his roles as the country's first Black national security advisor, chairman of the Joint Chiefs of Staff, and secretary of state.

Once an aimless, ambitionless teenager who barely graduated from college, Powell became an extraordinarily effective and staunchly loyal subordinate to many powerful superiors who, in turn, helped to advance his career. By the time Powell became chairman of the Joint Chiefs of Staff, he had developed into the consummate follower--motivated, competent, composed, honorable, and independent. The quality of Powell's followership faltered at times, however, while in Vietnam, during the Iran-Contra scandal, and after he became George W. Bush's secretary of state. Powell proved a fallible patriot, and in the course of a long and distinguished career he made some grave and consequential errors in judgment. While those blunders do not erase the significance of his commendable achievements amid decades of public service, we can learn much from his good and bad leadership.

Jeffrey J. Matthews is the George Frederick Jewett Distinguished Professor at the University of Puget Sound in Tacoma, Washington. He teaches American history and leadership and has written or edited three previous books, including Blacksheep Leadership and The Art of Command: Military Leadership from George Washington to Colin Powell.