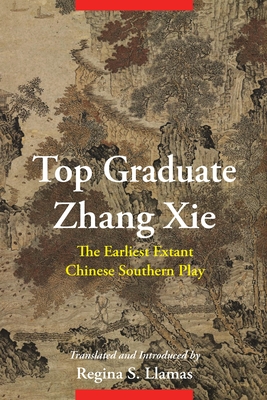 
Usually Ships in 1-5 Days
Top Graduate Zhang Xie is the first extant play in the Chinese southern dramatic tradition and a milestone in the history of Chinese literature. Dating from the early fifteenth century, but possibly composed earlier, it is the work of a writing club called the Nine Mountain Society. The play relates the story of a talented scholar who sets off for the capital to take the imperial exams. On the road, he is robbed and beaten by a bandit. In a nearby village temple he meets an orphaned girl who nurses him back to health and whom he marries. Once he takes first place in the exams, however, he comes to regret the marriage, setting in motion a series of decisions with dire consequences. Underlying the drama are preposterous farce, a penchant for puns, and ingenious play on the conventions of theater. This story of love, ambition, and betrayal speaks to the tensions created by the expectations that family, society, and state placed on the scholar. The examination system offered families the promise of social and economic advancement through an official position. The state relied on these men for the administration of the empire, and society expected that education in the classics would produce moral men. The play offers a critique of the scholar's ideal, the education system, and the ethical values this process was intended to instill. This first full English-language translation of Top Graduate Zhang Xie features a detailed introduction that discusses the foundations of Chinese drama and the play's composition and performance.
Regina S. Llamas is associate professor in the humanities at IE University, Spain.