A Couple of Soles: A Comic Play from Seventeenth-Century China (Translations from the Asian Classics) (Hardcover) 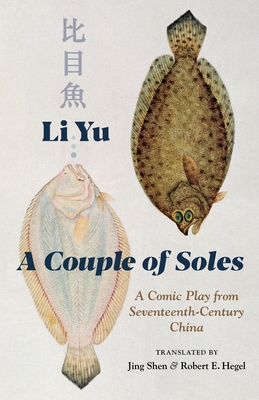 A Couple of Soles: A Comic Play from Seventeenth-Century China (Translations from the Asian Classics) (Hardcover)

A Couple of Soles is a classic comedic romance by the seventeenth-century playwright Li Yu. Tan Chuyu, a poor young scholar, falls in love with the beautiful actress Liu Miaogu. He joins her family's acting troupe, and, in plays within the play, romance ensues. After Liu's family attempts to marry her off to a local country squire, she performs a famous scene in which a heroine drowns herself--and then jumps off the stage into a river, followed by Tan. The local river deity rescues the lovers from death by transforming them into a pair of soles. Li balances their romance with the adventures of a retired upright official involving banditry, bribery, and mistaken identity--and who nets and shelters the two fish when they regain human form.

Written at a time when China was beginning to recover from the cataclysmic Ming-Qing dynastic transition, A Couple of Soles displays Li's biting wit as well as his reflections on the concerns of his age, including the dangers of administrative service and the role of theater in society. The play combines witty wordplay and caustic satire with a strong emphasis on traditional moral values. The first major comedy from late imperial China to appear in English translation, A Couple of Soles provides an unparalleled view of the theater in seventeenth-century China. A general introduction and a detailed appendix shed further light on the play and its context.