Zhuangzi: A New Translation of the Sayings of Master Zhuang as Interpreted by Guo Xiang (Hardcover) 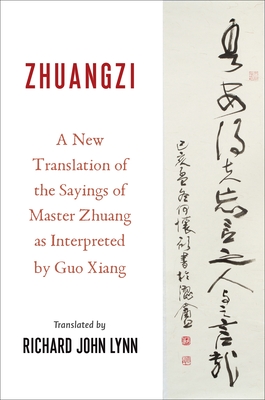 Zhuangzi: A New Translation of the Sayings of Master Zhuang as Interpreted by Guo Xiang (Hardcover)

The Zhuangzi (Sayings of Master Zhuang) is one of the foundational texts of the Chinese philosophical tradition and the cornerstone of Daoist thought. The earliest and most influential commentary on the Zhuangzi is that of Guo Xiang (265-312), who also edited the text into the thirty-three-chapter version known ever since. Guo's commentary enriches readings of the Zhuangzi, offering keen insights into the meaning and significance of its pithy but often ambiguous aphorisms, narratives, and parables.

A critical introduction includes a detailed account of Guo's life and times as well as analysis of his essential contributions to the arcane learning (xuanxue) of the fourth century and the development of Chinese philosophy. Lynn sheds new light on how the Daoist classic, which has often been seen as a timeless book of wisdom, is situated in its historical context, while also considering it as a guide to personal cultivation and self-realization.