The Moral Authority of Nature (Hardcover) 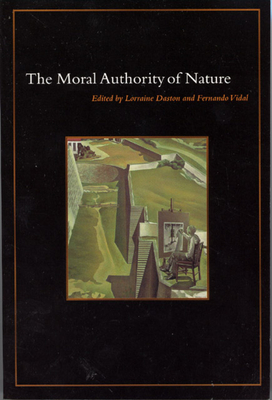 The Moral Authority of Nature (Hardcover)


Email or call for price
For thousands of years, people have used nature to justify their political, moral, and social judgments. Such appeals to the moral authority of nature are still very much with us today, as heated debates over genetically modified organisms and human cloning testify.

The Moral Authority of Nature offers a wide-ranging account of how people have used nature to think about what counts as good, beautiful, just, or valuable. The eighteen essays cover a diverse array of topics, including the connection of cosmic and human orders in ancient Greece, medieval notions of sexual disorder, early modern contexts for categorizing individuals and judging acts as "against nature," race and the origin of humans, ecological economics, and radical feminism. The essays also range widely in time and place, from archaic Greece to early twentieth-century China, medieval Europe to contemporary America.

Scholars from a wide variety of fields will welcome The Moral Authority of Nature, which provides the first sustained historical survey of its topic.

Fernando Vidal is a research scholar at the Max Planck Institute for the History of Science. He is author of Piaget before Piaget and the forthcoming Analyse et sauvegarde de l'âme au siècle des Lumières.