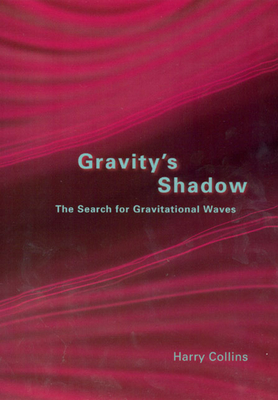 
Usually Ships in 1-5 Days
According to the theory of relativity, we are constantly bathed in gravitational radiation. When stars explode or collide, a portion of their mass becomes energy that disturbs the very fabric of the space-time continuum like ripples in a pond. But proving the existence of these waves has been difficult; the cosmic shudders are so weak that only the most sensitive instruments can be expected to observe them directly. Fifteen times during the last thirty years scientists have claimed to have detected gravitational waves, but so far none of those claims have survived the scrutiny of the scientific community. Gravity's Shadow chronicles the forty-year effort to detect gravitational waves, while exploring the meaning of scientific knowledge and the nature of expertise.

Gravitational wave detection involves recording the collisions, explosions, and trembling of stars and black holes by evaluating the smallest changes ever measured. Because gravitational waves are so faint, their detection will come not in an exuberant moment of discovery but through a chain of inference; for forty years, scientists have debated whether there is anything to detect and whether it has yet been detected. Sociologist Harry Collins has been tracking the progress of this research since 1972, interviewing key scientists and delineating the social process of the science of gravitational waves.

Engagingly written and authoritatively comprehensive, Gravity's Shadow explores the people, institutions, and government organizations involved in the detection of gravitational waves. This sociological history will prove essential not only to sociologists and historians of science but to scientists themselves.
Harry Collins is the Distinguished Research Professor of Sociology and director of the Centre for the Study of Knowledge, Expertise, and Science at Cardiff University, and a fellow of the British Academy.