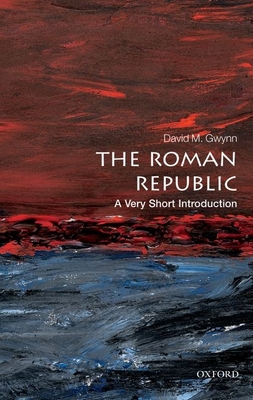 
Usually Ships in 1-5 Days
The rise and fall of the Roman Republic occupies a special place in the history of Western civilization. From humble beginnings on the seven hills beside the Tiber, the city of Rome grew to dominate the ancient Mediterranean. Led by her senatorial aristocracy, Republican armies defeated Carthage and the successor kingdoms of Alexander the Great, and brought the surrounding peoples to east and west into the Roman sphere. In this Very Short Introduction, David M. Gwynn provides a fascinating introduction to the history of the Roman Republic, ranging from the origins of Rome and the vivid Roman legends that surround the foundations of the city, to the overthrow of the monarchy in 509 BC, the five hundred years of republican rule, the rise of Julius Caesar and Caesar Augustus, and the establishment of the Principate. Gwynn considers the political structure of the Republic, including its unique constitution, and he highlights literary and material sources, bringing to life the culture and society of Republican Rome. He also reflects on the Roman values and beliefs of the time, in order to shed light on the Republic's dramatic rise and fall. Finally, Gwynn reflects on the remarkable legacy of the Roman Republic, including its modern-day resonance and legacy in literature and in film, where it is often presented as a model, a source of inspiration, but also a warning.

David Gwynn is Lecturer in Ancient and Late Antique History at Royal Holloway, University of London. He is the author of several books including The Eusebians: The Polemic of Athanasius of Alexandria and the Construction of the Arian Controversy (OUP, 2007).