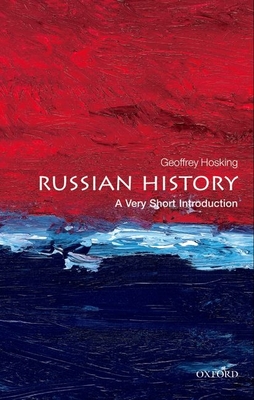 
On Our Shelves Now
Russia's sheer size has made it difficult to mobilize resources and to govern effectively, especially given its harsh climate, vast and vulnerable borders, and the diversity of its people. In this Very Short Introduction, Geoffrey Hosking discusses all aspects of Russian history, from the struggle by the state to control society to the transformation of the nation into a multi-ethnic empire, Russia's relations with the West, and the post-Soviet era. Hosking, a leading international authority, examines Russian history in an impartial way, arguing that "Good Russia" and "Bad Russia" are one and the same. He also evaluates important individuals in Russian history, from Peter the Great and Catherine II to Lenin and Stalin.