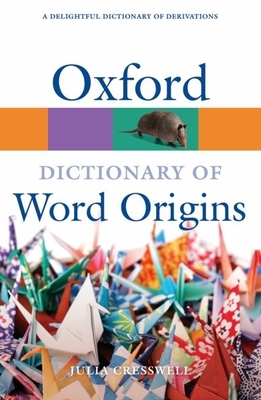 
Email or call for price
Combining both accessibility and authority, The Oxford Dictionary of Word Origins describes the origins and development of over 3,000 words and phrases in the English language. The book draws on Oxford's unrivalled dictionary research program and language monitoring, and relates the
fascinating stories behind many of our most curious terms and expressions in order to offer the reader a much more detailed explanation than can be found in a general English dictionary. Organized A-Z, the entries include first known use along with examples that illustrate the many faces of the particular word or phrase, from 'handsome' to 'bachelor' and 'cute' to 'baby', from 'pagan' to 'palaver' and 'toff' to 'torpedo'. Also featured are almost 20 special panels that cover
expressions common in English but drawn from other languages, such as 'coffee', 'sugar', and 'candy' from Arabic or 'booze', 'brandy', and 'gin' (Dutch). This absorbing volume is useful for language students and enthusiasts, but also an intriguing read for any person interested in the development of the English language and of language development in general. It also includes an extended introduction on the history of the English language.
Julia Cresswell is an experienced author and researcher who worked on the 4th edition of the Shorter Oxford English Dictionary.