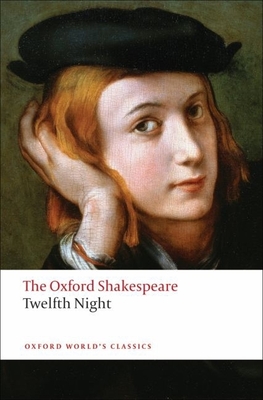 
Email or call for price
Twelfth Night is one of the most popular of Shakespeare's plays in the modern theatre, and this edition places particular emphasis on its theatrical qualities throughout. Peopled with lovers misled either by disguises or their own natures, it combines lyrical melancholy with broad comedy. The introduction analyses its many views of love and the juxtaposition of joy and melancholy, while the detailed commentary pays particular attention to its linguistic subtleties. Music is particularly important in Twelfth Night, and this is the only modern edition to offer material for all the music required in a performance. James Walker has re-edited the existing music from the original sources, and where noe exists has composed settings compatible with the surviving originals. About the Series: For over 100 years Oxford World's Classics has made available the broadest spectrum of literature from around the globe. Each affordable volume reflects Oxford's commitment to scholarship, providing the most accurate text plus a wealth of other valuable features, including expert introductions by leading authorities, voluminous notes to clarify the text, up-to-date bibliographies for further study, and much more.

Roger Warren is Senior Lecturer in English at the University of Leicester. He has worked with the RSC, at Stratford Ontario, and in particularly with Peter Hall on the season of late Shakespeare plays at the National Theatre, and on recent RSC productions. Stanley Wells, General Editor of the whole Oxford Shakespeare series, is Chairman of The Shakespeare Birthplace Trust, Stratford-upon-Avon.