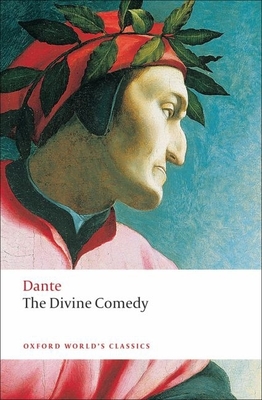 
Usually Ships in 1-5 Days
This single volume, blank verse translation of The Divine Comedy includes an introduction, maps of Dante's Italy, Hell, Purgatory, Geocentric Universe, and political panorama of the thirteenth and early fourteenth century, diagrams and notes providing the reader with invaluable guidance. Described as the "fifth gospel" because of its evangelical purpose, this spiritual autobiography creates a world in which reason and faith have transformed moral and social chaos into order. It is one of the most important works in the literature of Western Europe and is considered the greatest poem of the European Middle Ages. About the Series: For over 100 years Oxford World's Classics has made available the broadest spectrum of literature from around the globe. Each affordable volume reflects Oxford's commitment to scholarship, providing the most accurate text plus a wealth of other valuable features, including expert introductions by leading authorities, voluminous notes to clarify the text, up-to-date bibliographies for further study, and much more.

Charles H. Sisson is a well-known poet and translator, and editor of Poetry Nation Review. David Higgins is Head of Italian Studies at the University of Bristol, and is the author of Dante and the Bible (1992).