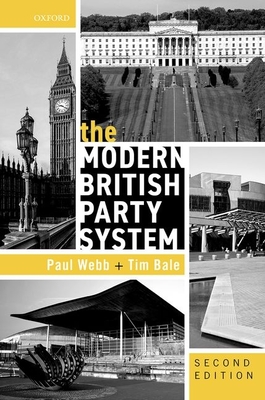 
Usually Ships in 1-5 Days
The new edition of this successful book provides a comprehensive and up-to-date overview and account of the changing nature of party politics in Britain today. Webb and Bale draw on models of comparative politics in conducting a wealth of new empirical analysis to map and explain the ways in which the party system has evolved, and the parties have adapted to a changing political environment. Themes covered include the nature and extent of party
competition, the internal life and organizational development of parties, the varieties of party system found across the UK, and the roles played by parties within the wider political system. The book also addresses the crisis of popular legitimacy confronting the parties, as well as assessing the
scope for potential reform. While parties remain central to the functioning of Britain's democracy, public disaffection with them is as high as it has ever been; reform of the system of representation and party funding is warranted, but there are unlikely to be any panaceas.