Caliphs and Merchants: Cities and Economies of Power in the Near East (700-950) (Oxford Studies in Byzantium) (Hardcover) 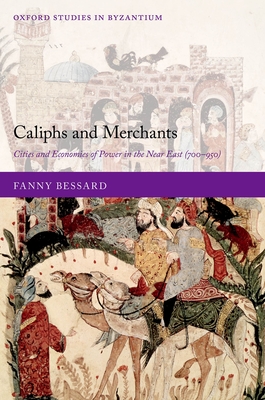 Caliphs and Merchants: Cities and Economies of Power in the Near East (700-950) (Oxford Studies in Byzantium) (Hardcover)


Usually Ships in 1-5 Days
Caliphs and Merchants: Cities and Economies of Power in the Near East (700-950) offers fresh perspectives on the origins of the economic success of the early Islamic Caliphate, identifying a number of previously unnoticed or underplayed yet crucial developments, such as the changing conditions of labour, attitudes towards professional associations, and the interplay between the state, Islamic religious institutions, and the economy. Moving beyond the well-studied transition between the death of Justinian in 565 and the Arab-Muslim conquests in the seventh century, the volume focuses on the period between 700 and 950 during which the Islamic world asserted its identity and authority. Whilst the extraordinary prosperity of Near Eastern cities and economies during this time was not unprecedented when one considers the early Imperial Roman world, the aftermath of the Arab-Muslim conquests saw a deep transformation of urban retail and craft which marked a distinct break from the past. It explores the mechanisms effecting these changes, from the increasing involvement of caliphs and their governors in the patronage of urban economies, to the empowerment of enriched entrepreneurial tā%gir from the ninth century. Combining detailed analysis of a large corpus of literary sources in Arabic with presentation of new physical and epigraphic evidence, and utilizing an innovative approach which is both comparative and global, the discussion lucidly locates the Middle East within the contemporary Eurasian context and draws instructive parallels between the Islamic world and Western Christendom, Byzantium, South-East Asia, and China.

Fanny Bessard, Associate Professor in Medieval Eurasian History, Faculty of History, University of Oxford and Trinity College, Oxford Fanny Bessard is a historian of early and classical Islam with expertise in Arabic historiography, as well as a practicing archaeologist with a decade of field experience in the Near East and Central Asia. Before joining the University of Oxford she held a Newton International Fellowship at SOAS (2013-15), a Leverhulme Early Career Fellowship at the University of St Andrews (2015-16), and a Lectureship in the Department of Historical Studies at the University of Bristol (2016-19). Her main research interests lie in the social and economic transformations of the Near East from 700 to 1000.