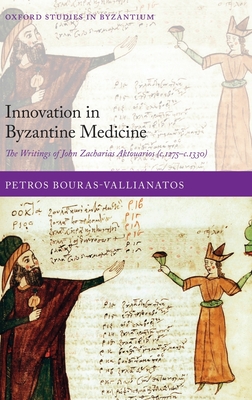 
Usually Ships in 1-5 Days
Byzantine medicine remains a little known and misrepresented field not only in the context of debates on medieval medicine, but also among Byzantinists themselves. It is often viewed as 'stagnant' and mainly preserving ancient ideas, and our knowledge of it continues to be based to a great extent on the comments of earlier authorities, which are often repeated uncritically. This volume presents the first comprehensive examination of the medical corpus of, arguably, the most important Late Byzantine physician: John Zacharias Aktouarios (c.1275-c.1330). Its main thesis is that John's medical works show an astonishing degree of openness to knowledge from outside Byzantium combined with a significant degree of originality, in particular, in the fields of uroscopy and human physiology. The analysis of John's edited (On Urines and On Psychic Pneuma) and unedited (Medical Epitome) treatises is supported for the first time by the consultation of a large number of manuscripts, and is also informed by evidence from a wide range of medical sources, including those previously unpublished, and texts from other genres, such as epistolography and merchants' accounts. The contextualization of John's corpus sheds new light on the development of Byzantine medical thought and practice, and enhances our understanding of the Late Byzantine social and intellectual landscape.
Through examination of his medical observations in the light of examples from the medieval Latin and Islamic worlds, his theories are also placed within the wider Mediterranean milieu, highlighting the cultural exchange between Byzantium and its neighbours.

Petros Bouras-Vallianatos, Wellcome Lecturer in History of Medicine, University of Edinburgh Petros Bouras-Vallianatos studied both pharmacy and ancient and Byzantine history before obtaining his PhD in the history of medicine in 2015 from King's College London. After holding a Wellcome Research Fellowship at the University of London, he was appointed to a permanent post in the School of History, Classics and Archaeology at the University of Edinburgh in 2019. He has published widely on Byzantine medicine and pharmacology, cross-cultural medical exchanges in the Eastern Mediterranean, the reception of the classical medical tradition in the Middle Ages, and Greek palaeography, including the first descriptive catalogue of the Greek manuscripts at the Wellcome Library in London. He has recently co-edited Greek Medical Literature and its Readers: From Hippocrates to Islam and Byzantium (with Sophia Xenophontos; Routledge, 2018) and Brill's Companion to the Reception of Galen (with Barbara Zipser; Brill, 2019).