The Crowd and the Cosmos: Adventures in the Zooniverse (Paperback) 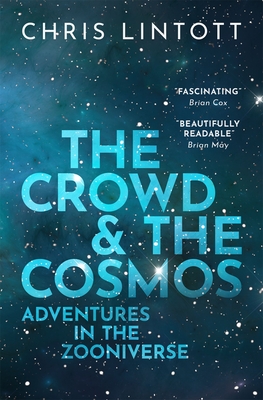 The Crowd and the Cosmos: Adventures in the Zooniverse (Paperback)


Usually Ships in 1-5 Days
'fascinating'
Brian Cox This is the story of citizen science. Where once astronomers sat at the controls of giant telescopes in remote locations, praying for clear skies, now they have no need to budge from their desks, as data arrives in their inbox. And what they receive is overwhelming; projects now being built provide more data in a few nights than in the
whole of humanity's history of observing the Universe. It's not just astronomy either--dealing with this deluge of data is the major challenge for scientists at CERN, and for biologists who use automated cameras to spy on animals in their natural habitats. Artificial intelligence is one part of the solution--but will it spell the end of human
involvement in scientific discovery? No, argues Chris Lintott. We humans still have unique capabilities to bring to bear--our curiosity, our capacity for wonder, and, most importantly, our capacity for surprise. It seems that humans and computers working together do better than computers can on their own. But with so much scientific
data, you need a lot of scientists--a crowd, in fact. Lintott found such a crowd in the Zooniverse, the web-based project that allows hundreds of thousands of enthusiastic volunteers to contribute to science. In this book, Lintott describes the exciting discoveries that people all over the world have made, from galaxies to pulsars, exoplanets to moons, and from penguin behaviour to old ship's logs. This approach builds on a long history of so-called 'citizen science', given new power by fast internet and
distributed data. Discovery is no longer the remit only of scientists in specialist labs or academics in ivory towers. It's something we can all take part in. As Lintott shows, it's a wonderful way to engage with science, yielding new insights daily. You, too, can help explore the Universe in your
lunch hour.

Chris Lintott is a professor of astrophysics at the University of Oxford, where he is also a research fellow at New College. As Principal Investigator of the Zooniverse, he leads a team who run the world's most successful citizen science projects, allowing more than a million people to discoverplanets, transcribe ancient papyri, or explore the Serengeti. For this work he has received awards from the Royal Society, American Astronomical Society and Institute of Physics amongst others. A passionate advocate for the public understanding of science, he is best known as co-presenter of theBBC's long-running Sky at Night program and the author--with Queen guitarist Brian May and Sir Patrick Moore--of two books: Bang!: The Complete History of the Universe (Carlton Books, 2007) and The Cosmic Tourist (Carlton Books, 2012), both available in more than 13 languages.