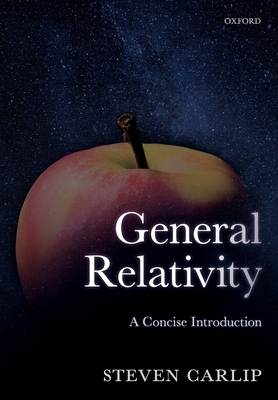 
Usually Ships in 1-5 Days
Einstein's general theory of relativity -- currently our best theory of gravity -- is important not only to specialists, but to a much wider group of physicists. This short textbook on general relativity and gravitation offers students glimpses of the vast landscape of science connected to general relativity. It incorporates some of the latest research in the field. The book is aimed at readers with a broad range of interests in physics, from cosmology, to gravitational radiation, to high energy physics, to condensed matter theory. The pedagogical approach is physics first: readers move very quickly to the calculation of observational predictions, and only return to the mathematical foundations after the physics is established. In addition to the standard topics covered by most introductory textbooks, it contains short introductions to more advanced topics: for instance, why field equations are second order, how to treat gravitational energy, and what is required for a
Hamiltonian formulation of general relativity. A concluding chapter discusses directions for further study, from mathematical relativity, to experimental tests, to quantum gravity. This is an introductory text, but it has also been written as a jumping-off point for readers who plan to study more specialized topics.

Steven Carlip, Department of Physics, University of California at Davis Steven Carlip received an undergraduate degree in physics from Harvard in 1975. After seven years as a printer, editor, factory worker, and activist, he returned to graduate school at the University of Texas at Austin, where he earned his Ph.D. in 1987. Following a stint as a postdoctoral fellow at the Institute for Advanced Study in Princeton, he joined the faculty of the University of California at Davis, where he has remained since. His main research focus is quantum gravity, but he has also worked on classical general relativity, quantum field theory, and the interface between physics and topology.