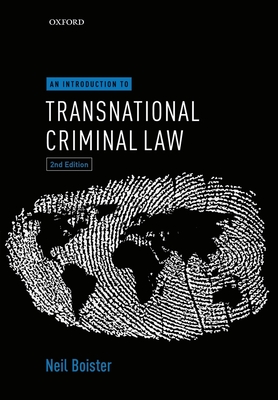 
Usually Ships in 1-5 Days
National borders are permeable to all types of illicit action and contraband goods, whether it is trafficking humans, body parts, digital information, drugs, weapons, or money. Whilst criminals exist in a borderless world where territorial boundaries allow them to manipulate different markets in illicit goods, the authorities who pursue them can remain constrained inside their own jurisdictions.
In a new edition of his ground-breaking work, Boister examines how states must cooperate to tackle some of the greatest security threats in this century so far, analyses to what extent vested interests have determined the course of global policy and law enforcement, and illustrates how responding to transnational crime itself becomes a form of international relations which reorders global political power and becomes, at least in part, an end in itself.
Arguing that transnational criminal law is currently geared towards suppressing criminal activity, but is not as committed to ensuring justice, Boister suggests that it might be more strongly influenced by individual moral panics and a desire for criminal retribution than an interest in ensuring a proportional response to offences, protection of human rights, and the preservation of the rule of law.