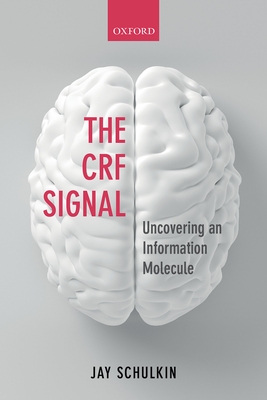 
Email or call for price
Information molecules, such as Cortico-Releasing Factor (CRF), are ancient and widely distributed across diverse organs, playing various regulatory roles. CRF has been associated with a range of human conditions, including fear and anxiety, social contact, and most recently, addiction DS in particular the euphoric feelings associated with alcohol consumption. Since its original discovery, research has unearthed that the role of this molecule is much broader than first thought. The scientific community now knows that CRF is a dynamic and diversely widespread peptide hormone that plays many roles and has many functions, in addition to its role as a releasing factor in the brain. This book explores the role of CRF, examining the relationship between location and function. It considers recurrent features that are linked to CRF - movement and change. CRF expression in regions of the brain is tied to paying attention to novel events and invoking movement in response to those events. Indeed, CRF provokes simple organized rhythmic behavior and can be mobilized under diverse conditions, including adversity. Examining the evolutionary origins of CRH, its neural functions, and its role in a variety of human characteristics and social behaviors, this book provides unique insights into CRF, and will be of interest to students and researchers in Neuroscience, Psychology, and Biology.

Jay Schulkin, Research Professor, Georgetown University Dr. Schulkin is a research Professor in the Department of Neuroscience at Georgetown University Medical Center and the Department of Obstetrics and Gynecology at the University of Washington. His work focuses on the brain and neural endocrine systems that underlie behavioral adaptation (e.g. appetitive and consummatory behaviors). He has been studying CRF for the last 25 years. Schulkin is the author of number of papers and books, including Social Sensibility and Neural Function (MIT), Bodily Sensibility and Neural Function (Oxford), Rethinking Homeostasis (MIT), Action Perception and the Brain (Palgrave) Naturalism and Pragmatism (Palgrave) Reflections on the Musical Mind (Princeton) Cognitive Adaptation (Cambridge).