The Lazy Universe: An Introduction to the Principle of Least Action (Hardcover) 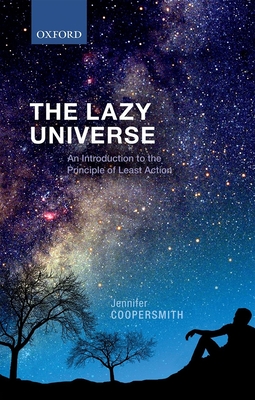 The Lazy Universe: An Introduction to the Principle of Least Action (Hardcover)


Usually Ships in 1-5 Days
This is a rare book on a rare topic: it is about 'action' and the Principle of Least Action. A surprisingly well-kept secret, these ideas are at the heart of physical science and engineering. Physics is well known as being concerned with grand conservatory principles (e.g. the conservation of energy) but equally important is the optimization principle (such as getting somewhere in the shortest time or with the least resistance). The book explains: why an optimization principle underlies physics, what action is, what the Hamiltonian' is, and how new insights into energy, space, and time arise. It assumes some background in the physical sciences, at the level of undergraduate science, but it is not a textbook. The requisite derivations and worked examples are given but may be skim-read if desired. The author draws from Cornelius Lanczos's book The Variational Principles of Mechanics (1949 and 1970). Lanczos was a brilliant mathematician and educator, but his book was for a postgraduate audience. The present book is no mere copy with the difficult bits left out - it is original, and a popularization. It aims to explain ideas rather than achieve technical competence, and to show how Least Action leads into the whole of physics.