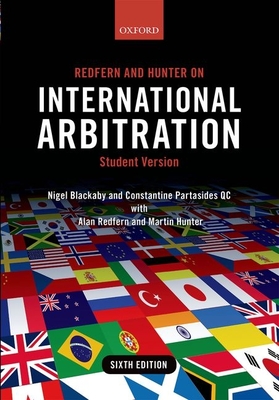 
Email or call for price
This leading commentary on international commercial arbitration, now in its sixth edition, is an essential guide for arbitrators, lawyers, and students. Based on the authors' extensive experience as counsel and arbitrators, it provides an updated explanation of all elements of the law and practice of arbitration. This text provides an authoritative guide to the international arbitral process, from the drafting of the arbitration agreement to the enforcement of arbitral awards. The sixth edition has been updated to incorporate reference to the latest significant developments in the field such as the new LCIA, ICC and UNCITRAL Rules and new IBA Guidelines. There will also be an increased reference to international arbitral authority and practice from beyond Europe (China, India, and the US). Following the chronology of an arbitration, the book covers applicable laws, arbitration agreements, the establishment and powers of a tribunal, the conduct of proceedings and the role of domestic courts. In addition, it provides an in-depth examination of the award itself, and comments on the special considerations applying to arbitrations brought under investment treaties. It draws on examples of the rules and practice of arbitration at the International Chamber of Commerce, the London Court of International Arbitration, the American Arbitration Association, the International Centre for Settlement of Investment Disputes and the United Nations Commission on International Trade Law.