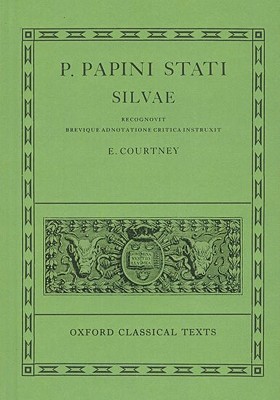 
Email or call for price
The Silvae of Statius have been preserved in a fifteenth-century manuscript that has long been considered corrupt. In this careful, readable text, Courtney takes the view, held by Klotz alone among editors but strongly supported by recent discoveries of new material, that this manuscript was identical to that seen by Politician. The difficulties are compounded by the author's mannerist style, which most modern editors have often misinterpreted as a defense for corrupt readings. For this text Courtney has surveyed the scholarly literature on the Silvae in its entirety, and has often returned to the judgments of the great seventeenth- and eighteenth-century Latinists in an effort to produce a readable text that does not ignore any difficulties.