Rise and Fall of Peace on Earth (Paperback) 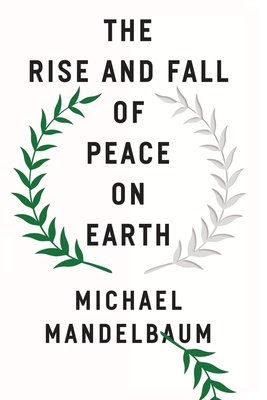 Rise and Fall of Peace on Earth (Paperback)


Usually Ships in 1-5 Days
In the twenty-five years after 1989, the world enjoyed the deepest peace in history. In The Rise and Fall of Peace on Earth, the eminent foreign policy scholar Michael Mandelbaum examines that remarkable quarter century, describing how and why the peace was established and then fell apart. To be sure, wars took place in this era, but less frequently and on a far smaller scale than in previous periods. Mandelbaum argues that the widespread peace ended because three major countries -- Vladimir Putin's Russia in Europe, Xi Jinping's China in East Asia, and the Shia clerics' Iran in the Middle East -- put an end to it with aggressive nationalist policies aimed at overturning the prevailing political arrangements in their respective regions. The three had a common motive: their need to survive in a democratic age with their countries' prospects for economic growth uncertain. Mandelbaum further argues that the key to the return of peace lies in the advent of genuine democracy, including free elections and the protection of religious, economic, and political liberty. Yet, since recent history has shown that democracy cannot be imposed from the outside, The Rise and Fall of Peace on Earth has a dual message: while the world has a formula for peace, there is no way to ensure that all countries will embrace it.

Michael Mandelbaum is the Christian A. Herter Professor Emeritus of American Foreign Policy at The Johns Hopkins School of Advanced International Studies and the author of sixteen books, including Mission Failure, The Ideas That Conquered the World, The Meaning of Sports, The Frugal Superpower, and That Used to Be Us (with Thomas L. Friedman).