Beyond Presidentialism and Parliamentarism: Democratic Design and the Separation of Powers (Hardcover) 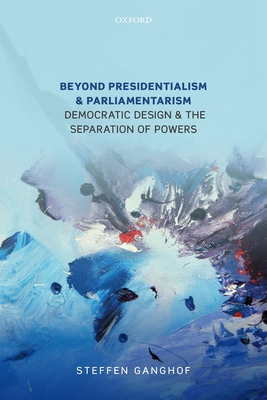 Beyond Presidentialism and Parliamentarism: Democratic Design and the Separation of Powers (Hardcover)


Usually Ships in 1-5 Days
This is an open access title available under the terms of a CC BY-NC-ND 4.0 International licence. It is free to read at Oxford Scholarship Online and offered as a free PDF download from OUP and selected open access locations. In a democracy, a constitutional separation of powers between the executive and the assembly may be desirable, but the constitutional concentration of executive power in a single human being is not. Beyond Presidentialism and Parliamentarism defends this thesis and explores 'semi-parliamentary
government' as an alternative to presidential government. Semi-parliamentarism avoids power concentration in one person by shifting the separation of powers into the democratic assembly. The executive becomes fused with only one part of the assembly, even though the other part has at least equal
democratic legitimacy and robust veto power on ordinary legislation. The book identifies the Australian Commonwealth and Japan as well as the Australian states of New South Wales, South Australia, Tasmania, Victoria, and Western Australia as semi-parliamentary systems. Using data from 23 countries and six Australian states, it maps how parliamentary and
semi-parliamentary systems balance competing visions of democracy; it analyzes patterns of electoral and party systems, cabinet formation, legislative coalition-building, and constitutional reforms; systematically compares the semi-parliamentary and presidential separation of powers; and develops
new and innovative semi-parliamentary designs, some of which do not require two separate chambers.