King of the World: The Life of Cyrus the Great (Hardcover) 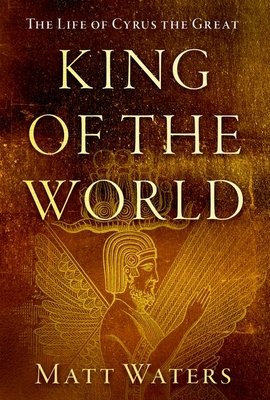 King of the World: The Life of Cyrus the Great (Hardcover)


Usually Ships in 1-5 Days
The Persian Empire was the world's first hyperpower, with territory stretching from Central Asia to Northeastern Africa and from Southeastern Europe to the Indus Valley. It was the dominant geopolitical force from the later sixth century to its conquest by Alexander in the 330s BCE. Much of
the empire's territory was conquered by its founder, Cyrus the Great, who reigned from 559-530 BCE. Cyrus became a legend in his own lifetime, and his career inspired keen interest from Persia's unruly neighbors to the west, the ancient Greeks. The idealized portrait of Cyrus by the Greek Xenophon
had a profound impact on ancient, medieval, and early modern debates about rulership. King of the World provides an authoritative and accessible account of Cyrus the Great's life, career, and legacy. While Greek sources remain central to any narrative about Cyrus, a wealth of primary evidence is found in the ancient Near East, including documentary, archaeological, art historical,
and biblical material. Matt Waters draws from all of these sources while consistently contextualizing them in order to provide a cohesive understanding of Cyrus the Great. This overview addresses issues of interpretation and reconciles limited material, while the narrative keeps Cyrus the Great's
compelling career at the forefront. Cyrus' legacy is enormous and not fully appreciated-- King of the World takes readers on a journey that reveals his powerful impact and preserves his story for future generations.

Matt Waters is Professor of Classics and Ancient History at the University of Wisconsin-Eau Claire. He is the author of Ctesias' Persica and Its Near Eastern Context and Ancient Persia: A Concise History of the Achaemenid Empire, 550-330 BCE, among other works.