At Home in Our Sounds: Music, Race, and Cultural Politics in Interwar Paris (Hardcover) 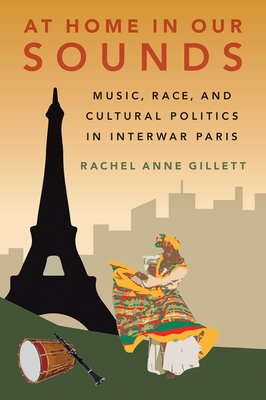 At Home in Our Sounds: Music, Race, and Cultural Politics in Interwar Paris (Hardcover)


Usually Ships in 1-5 Days
At Home in Our Sounds illustrates the effect jazz music had on the enormous social challenges Europe faced in the aftermath of World War I. Examining the ways African American, French Antillean, and French West African artists reacted to the heightened visibility of racial difference in Paris
during this era, author Rachel Anne Gillett addresses fundamental cultural questions that continue to resonate today: Could one be both black and French? Was black solidarity more important than national and colonial identity? How could French culture include the experiences and contributions of
Africans and Antilleans? Providing a well-rounded view of black reactions to jazz in interwar Paris, At Home in Our Sounds deals with artists from highly educated women like the Nardal sisters of Martinique, to the working black musicians performing at all hours throughout the city. In so doing, the book places this
phenomenon in its historical and political context and shows how music and music-making constituted a vital terrain of cultural politics--one that brought people together around pianos and on the dancefloor, but that did not erase the political, regional, and national differences between them.

Rachel Anne Gillett lectures in cultural history at the University of Utrecht and writes about race, popular culture, and empire. She focuses on the French Empire but her interests range from Marvel movies, to early jazz, to rugby. Her writing appears in blogs and magazines as well as in academicliterature and she can be heard on Unsettling Knowledge, a podcast about how empire shaped European societies. She is deeply interested in how popular culture reflects and influences social and political life and has pursued that theme wherever she has lived and worked, from New Zealand, toAmerica, to the Netherlands.