Neuroexistentialism: Meaning, Morals, and Purpose in the Age of Neuroscience (Hardcover) 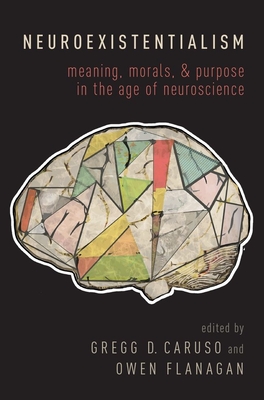 Neuroexistentialism: Meaning, Morals, and Purpose in the Age of Neuroscience (Hardcover)


Email or call for price
Existentialisms arise when the foundations of being, such as meaning, morals, and purpose come under assault. In the first-wave of existentialism, writings typified by Kierkegaard, Dostoevsky, and Nietzsche concerned the increasingly apparent inability of religion, and religious tradition, to support a foundation of being. Second-wave existentialism, personified philosophically by Sartre, Camus, and de Beauvoir, developed in response to similar realizations about the overly optimistic Enlightenment vision of reason and the common good. The third-wave of existentialism, a new existentialism, developed in response to advances in the neurosciences that threaten the last vestiges of an immaterial soul or self. Given the increasing explanatory and therapeutic power of neuroscience, the mind no longer stands apart from the world to serve as a foundation of meaning. This produces foundational anxiety. In Neuroexistentialism, a group of contributors that includes some of the world's leading philosophers, neuroscientists, cognitive scientists, and legal scholars, explores the anxiety caused by third-wave existentialism and possible responses to it. Together, these essays tackle our neuroexistentialist predicament, and explore what the mind sciences can tell us about morality, love, emotion, autonomy, consciousness, selfhood, free will, moral responsibility, law, the nature of criminal punishment, meaning in life, and purpose.