The Pursuit of Europe: A History (Hardcover) 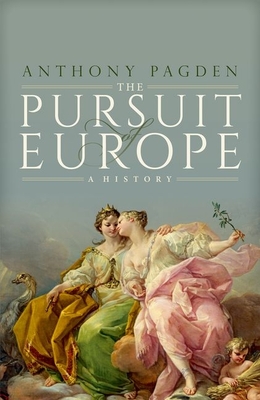 The Pursuit of Europe: A History (Hardcover)


Usually Ships in 1-5 Days
The European Union, we are told, is facing extinction. Most of those who believe that, however, have no understanding of how, and why, it become possible to imagine that the diverse peoples of Europe might be united in a single political community. The Pursuit of Europe tells the story of the evolution of the "European project", from the end of the Napoleonic Wars, which saw the earliest creation of a "Concert of Europe", right through to Brexit. The question was how, after centuries of internecine conflict, to create a united Europe while
still preserving the political legal and cultural integrity of each individual nation. The need to find an answer to this question became more acute after two world wars had shown that if the nations of Europe were to continue to play a role in the world they could now only do so together. To achieve that, however, they had to be prepared to merge their zealously-guarded sovereign powers into a new form of trans-national constitutionalism. This the European Union has tried to do. In the process it has created not, as its enemies have claimed, a "super-state" but a new post-national
order united in a political life based, not upon the old shibboleths of nationalism and patriotism, but upon a common body of values and aspirations. It is this, argues Anthony Pagden, that will allow the Union to defeat its political enemies from within, and to overcome the difficulties, from mass migration to the pandemic, which it faces from without. But it will only succeed in doing so if it also continues to evolve as it has over the past
two centuries.

Anthony Pagden is Professor of Political Science and History, at The University of California, Los Angeles. He was educated in Chile, Spain, and France, and at Oxford. In the past two decades, he has been the reader in intellectual history at Cambridge, a fellow of King's College, a visitingprofessor at Harvard, and Harry C. Black Professor of History at Johns Hopkins University. He is the author of many prizewinning books, including Peoples and Empires: A Short History of European Migration, Exploration, and Conquest, from Greece to the Present and European Encounters with the NewWorld: From Renaissance to Romanticism. Pagden contributes regularly to such publications as The New York Times, Los Angeles Times, and The New Republic.