The World in the Wave Function: A Metaphysics for Quantum Physics (Hardcover) 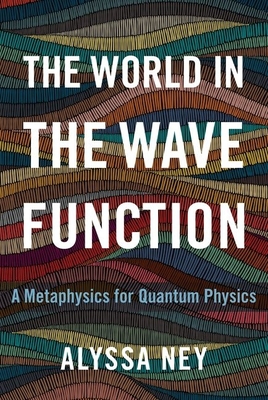 The World in the Wave Function: A Metaphysics for Quantum Physics (Hardcover)


Usually Ships in 1-5 Days
If quantum theories of the world are true-and empirical evidence suggests they are-what do they tell us about us, and the world? How should quantum theories make us reevaluate our classical conceptions of material objects? Nearly a century after the development of quantum theories, a consensus
has yet to emerge. Many still wonder about what these theories may be telling us about ourselves and our place in the universe. Alyssa Ney here defends and develops a particular framework for understanding the world as it is described by quantum theories. This framework was initially suggested by Schr dinger in the 1920's and was further defended as an account of reality by two philosophers of physics in the 1990's who
described it as a necessary point of view for those who argue that quantum theories are correct representations of our world. This framework is called wave function realism, which interprets quantum theories such that its central object is the quantum wave function, interpreted as a field on an
extremely high-dimension space. This theory views us, and all objects, as ultimately constituted out of the wave function, and though we seem to occupy three dimensions, the fundamental spatial framework of quantum worlds consists of many more dimensions. Alyssa Ney argues for and advances this
view, with the goal of making a case for how this theory how it might be applied to more other relativistic quantum theories, including quantum field theories. Her conclusion develops an account of how we as human beings might ultimately see ourselves and the objects around us as constituted out of
the wave function.

Alyssa Ney is Professor of Philosophy at UC Davis where her research has focused primarily on questions at the intersection of metaphysics, the philosophy of physics, and the philosophy of mind. She holds degrees in both physics and philosophy and is past-President of the Society for the Metaphysicsof Science.