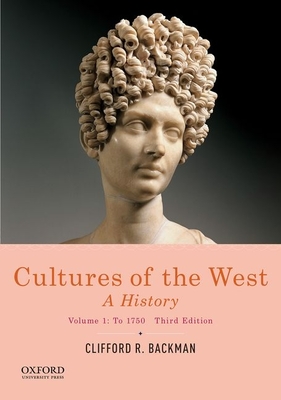 
Usually Ships in 1-5 Days
Cultures of the West: A History, Third Edition, focuses on the ways in which the major ideas and passions of Western culture developed, internally, and how they interacted with the broader world--for good and for ill. The development of such key ideas as religion, science, and philosophy form the central narrative of this book. Cultures of the West stands apart from other textbooks in a variety of ways, the first being thematic unity. What did people think and believe, throughout our history, about human nature, the right way to live, God, the best forms of government, or the meaning of human life? Rather than maintaining a single interpretive stance, author Clifford R. Backman relies upon a consistent set of questions: What did people think and feel throughout the centuries about politics, science, religion, and sex? How did they come to their positions regarding the right way to live? Backman's many years of experience in the classroom have informed his approach--students respond to engaging questions more than they are inspired by facts.

Clifford R. Backman is Associate Professor of History at Boston University, where he has been a member of the department since 1989. He is currently at work on a book that traces the development of toleration and interpersonal forgiveness in medieval Christianity, Judaism, and Islam.