Near Abroad: Putin, the West, and the Contest Over Ukraine and the Caucasus (Paperback) 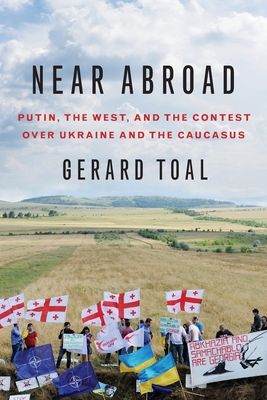 Near Abroad: Putin, the West, and the Contest Over Ukraine and the Caucasus (Paperback)


Usually Ships in 1-5 Days
(This book cannot be returned.)
Before Russia invaded Ukraine, it invaded Georgia. Both states are part of Russia's "near abroad"--newly independent states that were once part of the Soviet Union and are now Russia's neighbors. While the Russia-Georgia war of 2008 faded from the headlines in the wake of the global recession, the geopolitical contest that created it did not. In Near Abroad, Gerard Toal moves beyond the polemical rhetoric that surrounds Russia's interventions in Georgia and Ukraine to study the underlying territorial conflicts and geopolitical struggles. Central to understanding are legacies of the Soviet Union collapse: unresolved territorial issues, weak states and a conflicted geopolitical culture in Russia over the new territorial order. Toal explains the road to invasion and war in Georgia and Ukraine, thereafter, and provides an account of real life geopolitics, one that emphasizes changing spatial relationships, geopolitical cultures and the power of media images. Not only a penetrating analysis of Russia's relationships with its regional neighbors, Near Abroad also offers an analysis of how US geopolitical culture frequently fails to fully understand Russia and the geopolitical archipelago of dependencies in its near abroad.