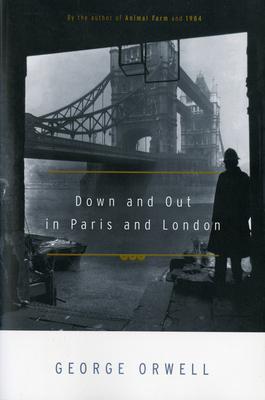 
Usually Ships in 1-5 Days
From the author of 1984, the classic semi-autobiographical story about the adventures of a penniless British writer in two cities.

Down and Out in Paris and London follows the journey of a writer among the down-and-out in two great cities. Without self-pity and often with humor, this novel is Orwell at his finest—a sobering, truthful protrayal of poverty and society.

GEORGE ORWELL (1903–1950) was born in India and served with the Imperial Police in Burma before joining the Republican Army in the Spanish Civil War. Orwell was the author of six novels, including 1984 and Animal Farm, as well as numerous essays and nonfiction works.