Where Is Joe Merchant?: A Novel Tale (Paperback) 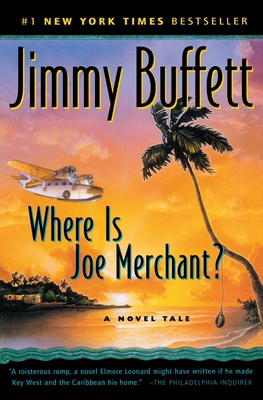 Where Is Joe Merchant?: A Novel Tale (Paperback)

Where is Joe Merchant? That's what his sister, Trevor Kane, the hemorrhoid-ointment heiress, wants to know. For Desdemona, Merchant is the missing link in her ongoing communications with space aliens. Tabloid journalist Rudy Breno only cares that Merchant gets bigger headlines than Elvis. And for renegade seaplane pilot Frank Bama, the mystery of the presumed-dead-but-often-sighted rock star is turning his life upside down.

In his debut novel, Jimmy Buffett cooks up an irresistible gumbo of dreamers, wackos, pirates, and sharks, as he leads Trevor and Frank on a wild chase through the Caribbean Islands to a place where anything can happen . . . and everything does.

Singer/songwriter/author Jimmy Buffett has become a legend of popular culture as the composer of such classic songs as "Margaritaville" and "Cheeseburger in Paradise." He has recorded more than thirty albums, most of which have gone gold, platinum, or multiplatinum, and his sold-out concert tours are an annual rite of summer for his fans. In addition to his musical credits, Buffett is also one of only six authors who have had number-one New York Times bestsellers in both fiction (Where Is Joe Merchant?) and nonfiction (A Pirate Looks at Fifty).

PRAISE FOR WHERE IS JOE MERCHANT?
"A roisterous romp, a novel Elmore Leonard might have written if he made Key West and the Caribbean his home . . . Part soap opera, part Saturday morning cliffhanger and all fun."
-The Philadelphia Inquirer

"A high-jinks lark and a breezy read . . . An oddball combination of a wild adventure story and a wacky whodunit."-The Boston Globe
—