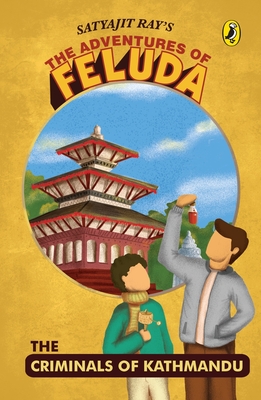 By Ray Satyajit
$8.99
Email or call for price

The murder of a stranger in a Calcutta hotel leads Feluda and his friends to Kathmandu, straight into the den of Maganlal Meghraj, their old adversary. With an incident at Swayambhunath, an ambush in a prayer wheel factory, a thrilling night at the casino, and a prolonged LSD-induced delusion for Jatayu, the case soon turns into a memorable adventure. In a sensational climax, the master sleuth uncovers an international racket in spurious drugs and emerges victorious yet again.

Satyajit Ray (1921-92) was one of the greatest film-makers of his time. In 1992, he was awarded the Oscar for Lifetime Achievement by the Academy of Motion Picture Arts and Sciences. In the same year he was also honoured with the Bharat Ratna. Ray was also a writer of repute, and his short stories, novellas, poems and articles, written in Bengali, have been immensely popular. He has published several books in Bengali, most of which became bestsellers. He is also the author of the famous Feluda stories, the translations of which have been made available by Penguin.