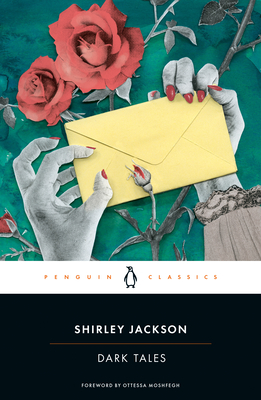 
Usually Ships in 1-5 Days
For the first time in one volume, a collection of Shirley Jackson’s scariest stories, with a foreword by PEN/Hemingway Award winner Ottessa Moshfegh

After the publication of her short story “The Lottery” in the New Yorker in 1948 received an unprecedented amount of attention, Shirley Jackson was quickly established as a master horror storyteller. This collection of classic and newly reprinted stories provides readers with more of her unsettling, dark tales, including the “The Possibility of Evil” and “The Summer People.” In these deliciously dark stories, the daily commute turns into a nightmarish game of hide and seek, the loving wife hides homicidal thoughts and the concerned citizen might just be an infamous serial killer. In the haunting world of Shirley Jackson, nothing is as it seems and nowhere is safe, from the city streets to the crumbling country pile, and from the small-town apartment to the dark, dark woods. There’s something sinister in suburbia.

For more than seventy years, Penguin has been the leading publisher of classic literature in the English-speaking world. With more than 1,700 titles, Penguin Classics represents a global bookshelf of the best works throughout history and across genres and disciplines. Readers trust the series to provide authoritative texts enhanced by introductions and notes by distinguished scholars and contemporary authors, as well as up-to-date translations by award-winning translators.
Shirley Jackson (1916-1965) received wide critical acclaim for her short story “The Lottery,” which was first published in the New Yorker in 1948. Her works available from Penguin Classics include We Have Always Lived in the Castle, The Haunting of Hill House, Come Along with Me, Hangsaman, The Bird’s Nest, and The Sundial, as well as Life Among the Savages and Raising Demons available from Penguin.
“Jackson writes about gentle, familiar suburbia with poison at its heart.”
—Bustle