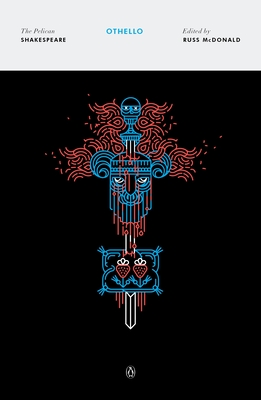 
Usually Ships in 1-5 Days
The New York Theater Workshop's production of Othello, starring Daniel Craig and David Oyelowo, and directed by Tony award-winning director Sam Gold, opened in November 2016. This production was sponsored in part by The Pelican Shakespeare series and Penguin Classics.

This edition of Othello is edited with an introduction and notes by Russ McDonald and was recently repackaged with cover art by Manuja Waldia. Waldia received a Gold Medal from the Society of Illustrators for the Pelican Shakespeare series.

For more than seventy years, Penguin has been the leading publisher of classic literature in the English-speaking world. With more than 1,700 titles, Penguin Classics represents a global bookshelf of the best works throughout history and across genres and disciplines. Readers trust the series to provide authoritative texts enhanced by introductions and notes by distinguished scholars and contemporary authors, as well as up-to-date translations by award-winning translators.
William Shakespeare was born in Stratford-upon-Avon in April 1564, and his birth is traditionally celebrated on April 23. The facts of his life, known from surviving documents, are sparse. He died on April 23, 1616, and was buried in Holy Trinity Church, Stratford.

Russ McDonald (editor) is a professor of English at Goldsmiths College, University of London. He is the author of The Bedford Companion to Shakespeare.