Black Lamb and Grey Falcon: A Journey Through Yugoslavia (Paperback) 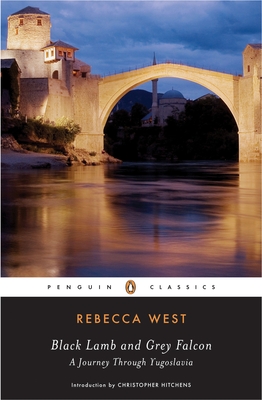 Black Lamb and Grey Falcon: A Journey Through Yugoslavia (Paperback)

Written on the brink of World War II, Rebecca West’s classic examination of the history, people, and politics of Yugoslavia illuminates a region that is still a focus of international concern. A magnificent blend of travel journal, cultural commentary, and historical insight, Black Lamb and Grey Falcon probes the troubled history of the Balkans and the uneasy relationships among its ethnic groups. The landscape and the people of Yugoslavia are brilliantly observed as West untangles the tensions that rule the country’s history as well as its daily life.

For more than seventy years, Penguin has been the leading publisher of classic literature in the English-speaking world. With more than 1,700 titles, Penguin Classics represents a global bookshelf of the best works throughout history and across genres and disciplines. Readers trust the series to provide authoritative texts enhanced by introductions and notes by distinguished scholars and contemporary authors, as well as up-to-date translations by award-winning translators.
Rebecca West (1892-1983) was a novelist, biographer, journalist, and critic. She published eight novels in addition to her masterpiece Black Lamb and Grey Falcon, for which she made several trips to the Balkans. Following World War II, she also published two books on the relation of the individual to the state, called The Meaning of Treason and A Train of Powder.

“A masterpiece . . . as astonishing in its range, in the subtlety and power of its judgment, as it is brilliant in expression.” —The Times (London)

“Surely one of the great books of our century.” —Diana Trilling