A View from the Bridge (Penguin Plays) (Paperback) 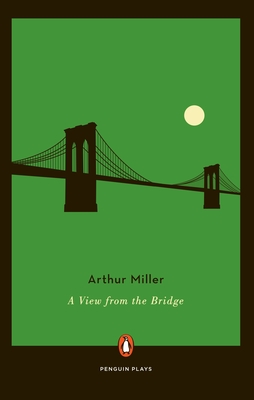 A View from the Bridge (Penguin Plays) (Paperback)

Winner of the 2016 Tony Awards for Best Revival of a Play and Best Direction of a Play: Ivo van Hove.

In A View from the Bridge Arthur Miller explores the intersection between one man's self-delusion and the brutal trajectory of fate. Eddie Carbone is a Brooklyn longshoreman, a hard-working man whose life has been soothingly predictable. He hasn't counted on the arrival of two of his wife's relatives, illegal immigrants from Italy; nor has he recognized his true feelings for his beautiful niece, Catherine. And in due course, what Eddie doesn't know—about her, about life, about his own heart—will have devastating consequences.

"The play has moments of intense power. . . . Miller plays on the audience with the skill of a master." —Clive Barnes, New York Post

"[In Arthur Miller's plays] we find the true compassion and catharsis that are as essential to our society as water and fire and babies and air. . . . Miller awakened in me the taste for all that must be-the empathy and love for the least of us, out of which bursts a gratitude for the poetry of his characters and the greatness of their creator."
-Philip Seymour Hoffman, from the Foreword