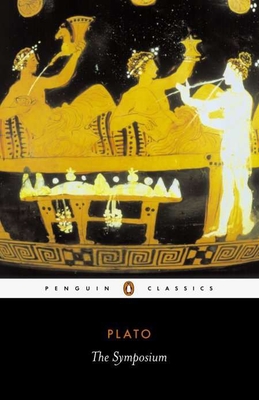 
Usually Ships in 1-5 Days
A fascinating discussion on sex, gender, and human instincts, as relevant today as ever

In the course of a lively drinking party, a group of Athenian intellectuals exchange views on eros, or desire. From their conversation emerges a series of subtle reflections on gender roles, sex in society and the sublimation of basic human instincts. The discussion culminates in a radical challenge to conventional views by Plato's mentor, Socrates, who advocates transcendence through spiritual love. The Symposium is a deft interweaving of different viewpoints and ideas about the nature of love—as a response to beauty, a cosmic force, a motive for social action and as a means of ethical education.

For more than seventy years, Penguin has been the leading publisher of classic literature in the English-speaking world. With more than 1,700 titles, Penguin Classics represents a global bookshelf of the best works throughout history and across genres and disciplines. Readers trust the series to provide authoritative texts enhanced by introductions and notes by distinguished scholars and contemporary authors, as well as up-to-date translations by award-winning translators.
Plato (c.427-347 BC) stands with Socrates and Aristotle as one of the shapers of the whole intellectual tradition of the West. He founded the Academy in Athens, the first permanent institution devoted to philosophical research and teaching, and theprototype of all Western universities.

Christopher Gill is a Professor of Ancient Thought at the University of Exeter. He has written widely on ancient philosophy and literature.