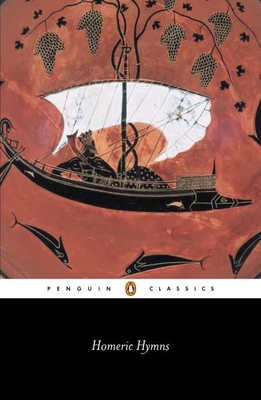 
Email or call for price
Composed for recitation at festivals, these 33 songs were written in honour of the gods and goddesses of the ancient Greek pantheon. They recount the key episodes in the lives of the gods, and dramatise the moments when they first appear before mortals. Together they offer the most vivid picture we have of the Greek view of the relationship between the divine and human worlds.

For more than seventy years, Penguin has been the leading publisher of classic literature in the English-speaking world. With more than 1,700 titles, Penguin Classics represents a global bookshelf of the best works throughout history and across genres and disciplines. Readers trust the series to provide authoritative texts enhanced by introductions and notes by distinguished scholars and contemporary authors, as well as up-to-date translations by award-winning translators.
Originally attributed to Homer because of their style and quality, the hymns are now thought to have been written by of a number of different poets of the 7th and 6th centuries BC.

Jules Cashford is a writer and lecturer on Mythology. She is the author of The Myth of the Goddess (Arkana, 1991) & The Myth of the Moon (Weidenfeld & Nicholson, forthcoming.

Dr Nicholas Richardson is a Fellow in English at Merton College, Oxford

"The purest expression of ancient Greek religion we possess. Jules Cashford is attuned to the poetry of the Hymns." (Nigel Spivey, Cambridge University)