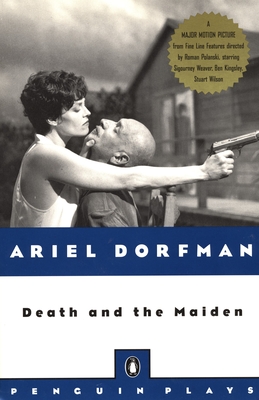 The explosively provocative, award-winning drama set in a country that has just emerged from a totalitarian dictatorship

Gerardo Escobar has just been chosen to head the commission that will investigate the crimes of the old regime when his car breaks down and he is picked up by the humane doctor Roberto Miranda. But in the voice of this good Samaritan, Gerardo's wife, Paulina Salas, thinks she recognizes another man—the one who raped and tortured her as she lay blindfolded in a military detention center years before.

Relentlessly paced and filled with lethal surprises, Death and the Maiden is an inquest into the darker side of humanity—one in which everyone is implicated and justice itself comes to seem like a fragile, perhaps ambiguous invention.
Ariel Dorfman, poet, novelist, essayist, and playwright, is a Chilean expatriate who lives with his family in Durham, North Carolina, where he now holds the Walter Hines Page chair at Duke University.

Winner of the Olivier Award for Best Play