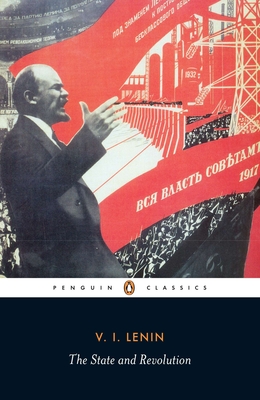 
Usually Ships in 1-5 Days
In July 1917, when the Provisional Government issued a warrant for his arrest, Lenin fled from Petrograd; later that year, the October Revolution swept him to supreme power. In the short intervening period he spent in Finland, he wrote his impassioned, never-completed masterwork The State and Revolution. This powerfully argued book offers both the rationale for the new regime and a wealth of insights into Leninist politics. It was here that Lenin justified his personal interpretation of Marxism, savaged his opponents and set out his trenchant views on class conflict, the lessons of earlier revolutions, the dismantling of the bourgeois state and the replacement of capitalism by the dictatorship of the proletariat. As both historical document and political statement, its importance can hardly be exaggerated.

For more than seventy years, Penguin has been the leading publisher of classic literature in the English-speaking world. With more than 1,700 titles, Penguin Classics represents a global bookshelf of the best works throughout history and across genres and disciplines. Readers trust the series to provide authoritative texts enhanced by introductions and notes by distinguished scholars and contemporary authors, as well as up-to-date translations by award-winning translators.
Vladimir Lenin was born in 1870 and was one of the most influential people of the 20th century. He became a Russian revolutionary, a communist politician, the principal leader of the October Revolution, the first head of the Russian Soviet Socialist Republic and, from 1922, the first de facto leader of the Soviet Union.