Dunkirk: The History Behind the Major Motion Picture (Paperback) 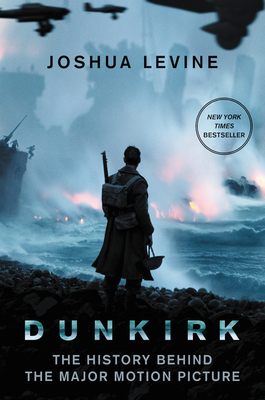 Dunkirk: The History Behind the Major Motion Picture (Paperback)

In 1940, the Allies had been beaten back by the Nazis across France to the northern port of Dunkirk. In the ultimate race against time, more than 300,000 Allied soldiers were daringly evacuated across the Channel. This moment of German aggression was used by Winston Churchill as a call to Franklin Roosevelt to enter the war. Now, Joshua Levine, the film's official historian, explores the real lives of those soldiers, bombed and strafed on the beaches for days on end, without food or ammunition; the civilians whose boats were overloaded; the airmen who risked their lives to buy their companions on the ground precious time; and those who did not escape.

Joshua Levine has written six bestselling histories including titles in the hugely popular 'Forgotten Voices' series. ‘Beauty and Atrocity’, his account of the Irish Troubles, was nominated for the Writers' Guild Book of the Year award. ‘On a Wing and a Prayer’, his history of the pilots of the First World War, has been turned into a major British television documentary. He has written and presented a number of programmes for BBC Radio 4. In a previous life, he was a criminal barrister. He lives in London.

“Will suit anyone interested in military history from the soldier’s point of view. ... The real stories of the men who were there bring the history to life on the page.” — The Federalist

“Fascinating. ... Fills in a lot of the historical context that Nolan so purposefully avoids in his film.” — Under the Radar

“A story of survival. ... Deserves favorable mention due to its detail, flowing narrative and ground-level storytelling.” — Warfare History Network