Coco Chanel: The Legend and the Life (Paperback) 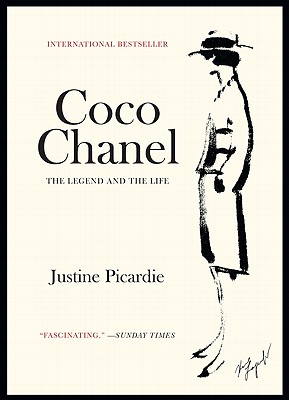 Coco Chanel: The Legend and the Life (Paperback)

The story of Chanel begins with an abandoned child, as lost as a girl in a dark fairy tale. Unveiling remarkable new details about Gabrielle Chanel’s early years in a convent orphanage and her flight into unconventional adulthood, Justine Picardie explores what lies beneath the glossy surface of a mythic fashion icon.

Throwing new light on her passionate and turbulent relationships, this beautifully constructed portrait gives a fresh and penetrating look at how Coco Chanel made herself into her own most powerful creation. An authoritative account, based on personal observations and interviews with Chanel’s last surviving friends, employees and relatives, it also unravels her coded language and symbols, and traces the influence of her formative years on her legendary style.

Feared and revered by the rest of the fashion industry, Coco Chanel died in 1971 at the age of eighty-seven, but her legacy lives on. Drawing on unprecedented research, Justine Picardie brings her fascinating, enigmatic subject out of hiding and uncovers the consequences of what Chanel covered up, unpicking the seams between truth and myth in a story that reveals the true heart of fashion.

The author of five books, including her critically acclaimed memoir, If the Spirit Moves You, and the novel Daphne, Justine Picardie is the former features director of British Vogue and editor of the Observer magazine. She is a fashion columnist for the Sunday Telegraph and writes for several other publications, including Harper’s Bazaar and the Times of London. She lives in London with her two sons.

“Fascinating. . . . Intriguing reading. . . . In researching this book, Justine Picardie has shown as much doggedness in uncovering her subject’s life as Chanel did in disguising it.” — Edwina Ings-Chambers, Sunday Times

“I thought there was nothing more to say about Coco Chanel, but Picardie’s recent book does a great job of depicting a difficult and compelling 20th-century icon.” — Kate Betts, The Week

“Gripping. . . . In the deftest prose, Picardie lots one of the most extr4aordinary lives of the 20th Century. The book is lavishly illustrated, too, with images of iconic outfits and intimate photos from Chanel’s private albums.” — Mail on Sunday