A Tree Grows in Brooklyn (Hardcover) 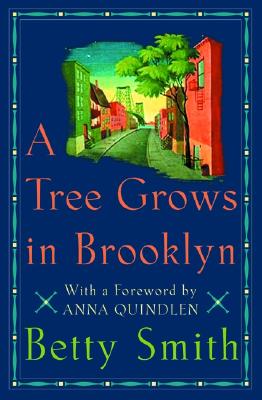 A Tree Grows in Brooklyn (Hardcover)

The beloved American classic about a young girl's coming-of-age at the turn of the twentieth century.

From the moment she entered the world, Francie needed to be made of stern stuff, for the often harsh life of Williamsburg demanded fortitude, precocity, and strength of spirit. Often scorned by neighbors for her family’s erratic and eccentric behavior-such as her father Johnny’s taste for alcohol and Aunt Sissy’s habit of marrying serially without the formality of divorce-no one, least of all Francie, could say that the Nolans’ life lacked drama. By turns overwhelming, sublime, heartbreaking, and uplifting, the Nolans’ daily experiences are tenderly threaded with family connectedness and raw with honesty. Betty Smith has, in the pages of A Tree Grows in Brooklyn, captured the joys of humble Williamsburg life-from “junk day” on Saturdays, when the children of Francie’s neighborhood traded their weekly take for pennies, to the special excitement of holidays, bringing cause for celebration and revelry. Smith has created a work of literary art that brilliantly captures a unique time and place as well as deeply resonant moments of universal experience. Here is an American classic that "cuts right to the heart of life," hails the New York Times. "If you miss A Tree Grows in Brooklyn, you will deny yourself a rich experience."

Betty Smith (1896–1972) was a native of Brooklyn, New York. Her novels A Tree Grows in Brooklyn, Tomorrow Will Be Better, Joy in the Morning, and Maggie-Now continue to capture the hearts and imaginations of millions of readers worldwide.

“A poignant and deeply understanding story of childhood and family relationships....[Smith’s] book has light and air in it, comedy and pathos, and an underlying rhythm pulsing to the surge and flow of humanity itself. No matter what happens to the Nolans, they never lose their awareness of the sweetness and wonder of life.” — Orville Prescott, New York Times

“One of the books of the century.” — New York Public Library

“A profoundly moving novel, and an honest and true one. It cuts right to the heart of life. . . . If you miss A Tree Grows in Brooklyn you will deny yourself a rich experience.” — New York Times

“A Tree Grows in Brooklyn deserves to be thought of as one of the greatest American novels.” — The New Yorker

“One of the most cherished of American novels….It is the Dickensian novel of New York that we didn’t think we had.” — New York Times