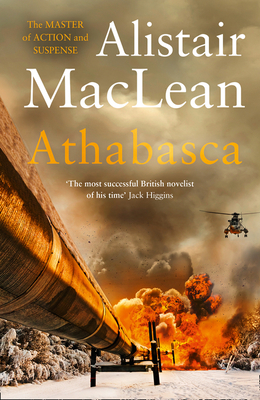 
Email or call for price
Reissue of the nail-biting tale of sabotage set in the desolate frozen wastes of two ice-bound oil fields, from the acclaimed master of action and suspense.

THE VICTIMS
Two of the most important oil-fields in the world - one in Canada, the other in Alaska.

THE SABOTEURS
An unknown quantity - deadly and efficient. The oil flow could be interrupted in any one of thousands of places down the trans-Alaskan pipeline.

One man, Jim Brady, is called in to save the life-blood of the world as unerringly, the chosen targets fall at the hands of a hidden enemy...

Alistair MacLean, the son of a Scots minister, was brought up in the Scottish Highlands. In 1941 he joined the Royal Navy. After the war he read English at Glasgow University and became a schoolmaster. The two and a half years he spent aboard a wartime cruiser were to give him the background for HMS Ulysses, his remarkably successful first novel, published in 1955. He is now recognized as one of the outstanding popular writers of the 20th century, the author of 29 worldwide bestsellers, many of which have been filmed.